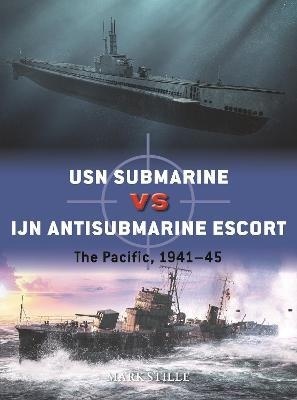 This fully illustrated study examines and compares the roles of the US Navy submarines and the Imperial Japanese Navy's anti-submarine warfare capabilities during World War II.

In 1941 and 1942, US Navy submarine operations in the Pacific were largely ineffective, hampered by faulty torpedo design, conservative tactics, and insufficiently aggressive submarine captains. Eventually, though, a new generation of wartime submarine commanders, combined with reliable torpedoes, new generation boats, improved intelligence, and advanced radar, inflicted devastating losses on Japanese shipping. Antisubmarine warfare was initially accorded a low priority by the Imperial Japanese Navy; the lack of ASW escorts and modern weaponry, and an inability to develop tactics, resulted in devastation to vital convoys, and hampered its ability to deter and destroy enemy submarines. This book explores all these factors, and the role that US submarines played in supporting the major fleet operations in the Pacific Theater, notching up almost 500 patrols by war's end for the loss of 52 submarines to the Japanese. The technical and tactical developments implemented by the opposing sides are documented in detail, including US improvements to submarine design and weaponry and more aggressive tactics, and the Japanese development of destroyer escorts, changes to depth charge design, and improved submarine detection capacity.