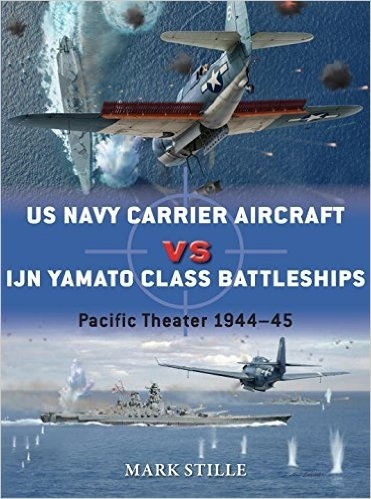 As the Pacific War approached a crescendo, the clashes between swarming US Navy carrier aircraft, and the gigantic Imperial Japanese Navy (IJN) Yamato-class battleships became symbolic of the fortunes of the two nations. They also served as a metaphor for the profound changes in naval technology and doctrine that the war had brought about. The two opposing forces were the most powerful of their kind - the Japanese Yamato and Musashi were the biggest most heavily armored and armed battleships ever built, while US carrier aviation had evolved into a well-oiled, war-winning machine. With detailed analysis of the technical features of the opposing war machines and a gripping account of the fighting itself, this vividly illustrated work presents views from the cockpits of US Navy Divebombers, and down the sights of IJN anti-aircraft guns, during two of the most dramatic naval engagements ever fought. After proving at Pearl Harbor that even the mightiest battleships were vulnerable to air attack, the Japanese would be forced to re-learn the lesson as the American Helldiver and Avenger bomber crews battered and eventually sunk the last remaining jewels of the Imperial Japanese Navy. Never again would a surface fleet be the dominant power at sea