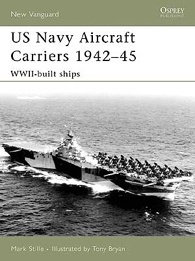 Aircraft carriers were the US Navys principal weapon against Japan during the Pacific War. Development of the Essex class began in 1939, becoming the largest class of carrier ever to be built. Early in the Pacific War it became renowned for its 'Sunday Punch' of 36 fighter planes, 36 dive bombers, and 18 torpedo planes. Alongside the lighter Independence class, these carriers formed the formidable Fast Carrier Force in the Pacific. Featuring artwork detailing the interior and exterior features of the ships, this book explores their design, development, and the action they saw in the Pacific, including the climactic battles of Philippine Sea, Leyte Gulf, and Okinawa.