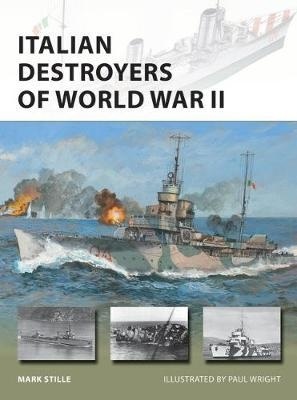 A new illustrated history and analysis of Italy's World War II destroyers, a formidable foe for Allied forces attempting to attack the sea lanes between Italy and North Africa.

The Italian Royal Navy (Regia Marine or RM) began the Second World War with one of the largest fleets in the world. Included in it was a total of 59 fleet destroyers, with others added during the war. These were a diverse collection of ships dating back to the First World War with large destroyers built to counter ships of similar size introduced in the French Navy (the RM's historical enemy), and medium-sized ships which constituted the bulk of the destroyer force. RM destroyers were built for high speed, not endurance since they were only expected to operate inside the Mediterranean. They were also well-armed, but lacked radar.