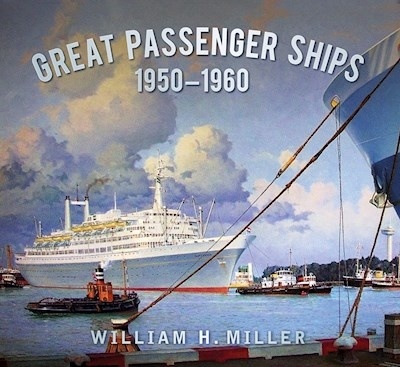 The 1950s was a fascinating decade for the great liners. After the global devastation of two decades of war and Depression, shipyards were creating one new liner after another, it seemed, to rebuild and renew passenger ship services all over the world. There were the likes of the Kungsholm and Oslofjord from Scandinavia, the French Flandre and a succession of new liners from P&O-Orient, the Italian Line, Messageries Maritimes and many more. The new hopeful era of the 1950s was highlighted by such brilliant, headline-making ships as the speedy United States, breaking records on an unprecedented scale, the engines-aft Southern Cross and the mastless Orsova. Showcased beautifully by the stunning images and nostalgic outlook of prolific maritime historian William H. Miller, this book shines a well-earned spotlight on some of the worlds most popular passenger liners.