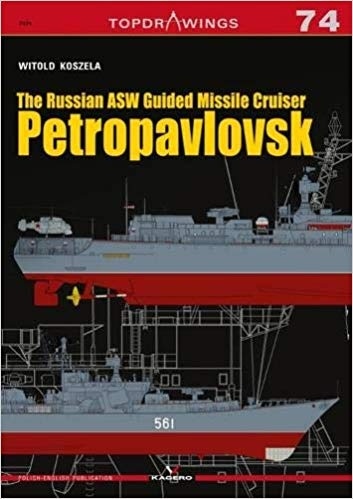 Petropavlovsk was part of the seven-ship unit of the Nikolaev type (project 1134B Berkut), which was a gas-turbine alternative design to the units of the project 1134A. They were classified as large ASW (anti-submarine warfare), although they matched cruisers in size. The primary task of these ships was to search and destroy nuclear submarines in the oceanic zone, in particular, strategic missile submarines. Due to the requirement of high autonomy and long cruising range, the ships were equipped with a new type of engine in the COGOG (Combined gas or gas) system. It was comprised of two gas turbine units driving two separate shaft lines. Each of the two units consisted of two peak power turbines (20 000 HP each) with a one-speed reduction gear and one sustained turbine (5000 HP) with a two-speed reduction gear. The advantage of the gas turbine was its shorter activation time and greater acceleration. It was also assumed that it would be smaller and more economical than the traditional steam turbine. In fact, it turned out to be a complicated and expensive construction, and, more importantly, quite unreliable.