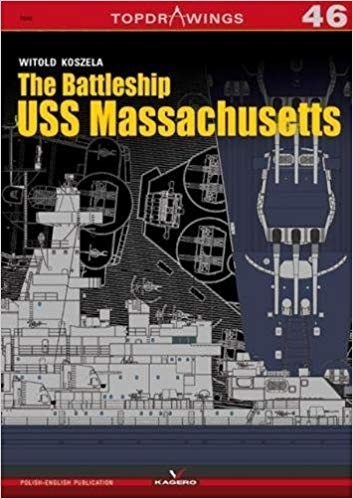 Building started in July 1939; the launching took place on the 23rd of September 1941. The godmother of the ship was former Navy Secretary Charles Francis Adams wife. The equipping took more than half the year and on 12th of May 1942 the unit was introduced into the service. The first commander of the ship was Captain Francis E. M. Whiting.

Service of USS Massachusetts teemed with interesting events from the beginning. After finishing all tests, trials and crew trainings, the ship left home waters in October 1942. It was assigned to securing the landing of Allied forces in North Africa. This is when the ship gained its fame after winning the battle with the unfinished French battleship Jean Bart stationed in port of Casablanca. The damage caused by USS Massachusetts was so severe that French unit was never finished and didnt enter operational service. During that fight, she also caused extensive damage to the ports infrastructure and damaged some transport units.

The crucial event of the units service was the battle with a group of French warships which managed to escape from Casablanca. Massachusetts, together with assisting cruisers sank the French cruiser Primauguet as well as two destroyers: Boulonnais and Fougueux; another one  Malin  was severely damaged.

The battleship took its further service on the Pacific waters, quickly becoming the work horse of the fleet. It took part in dozens of different operations against Japanese forces. USS Massachusetts participated in countless escorts of aircraft carriers, supported the forces landings with its guns, and covered the convoys with the AA fire. The battleship repeatedly shelled the Japanese positions  many of them on home islands. For its service, the unit was awarded with eleven Battle Stars gaining the label of Remarkably Merited Battleship during the fight against Japan.

After the war the ship continued its service on the Pacific for a short period of time. In March 1947 it was transferred to the Atlantic Reserve Fleet based in Norfolk, where it stayed until June 1962. In that year the unit was discharged from the US Navy. Originally there was a plan to send the battleship to the scrapyard but thanks to the efforts of war veterans and Massachusetts state inhabitants the deserved unit was saved.

In the year 1965 the battleship was moved to Fall River where  after proper adaptation and stating it the garden of remembrance of fallen WW2 soldiers  it was open for tourists. Today the ship is permanently anchored in Battleship Cove  a place known as the biggest cluster of monument ships. It is grouped with the destroyer, USS Joseph P. Kennedy, Jr. and submarine, USS Lionfish..

USS Massachusetts is preserved in mint condition and it is the great relic which allows the visitors to feel the strength of the unit and get to know the armament, architecture and construction of WW2 era battleships.