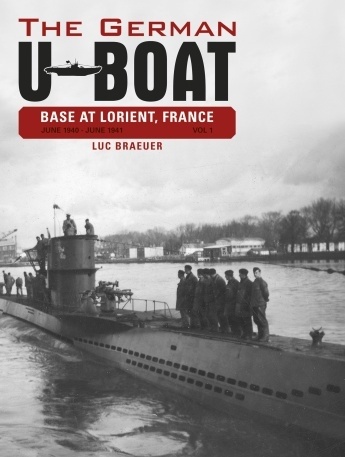 This first volume (of a four volume series) on the German U-boats at Lorient, France, covers the period from June 1940 to June 1941, and reveals the evacuation of the port by the French navy and the subsequent takeover by the Kriegsmarine. Illustrated with over 600 photographs, it detaisl the installation of the German navy at Lorient and the first year of the presence of the U-Boot arm in this port, as well as the major stages in the Battle of the Atlantic in which they participated. The U-boats that were docked at Lorient are presented in tabular form by type, flotilla, commander, as well as the date of commissioning. This book also allows the reader to experience the life of the crews ashore following the return of their boats, and the British naval and aerial actions against the port of Lorient.