German U-boat ace Adalbert Schnee. The patrols of U-201 in Wold War II 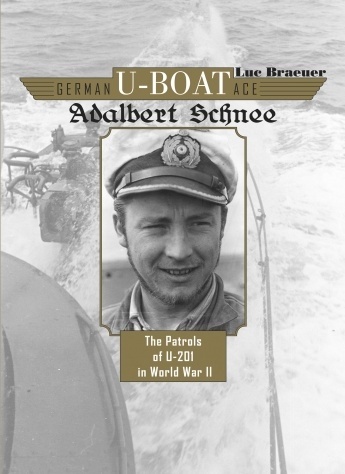 German U-boat ace Adalbert Schnee. The patrols of U-201 in Wold War II

Few commanders symbolize the evolution of the German U-boat arm during the Second World War as does Adalbert Adi Schnee. In 1940, Schnee successively commanded three Type II U-boatsU-6, U-60 and U-121 in which he registered his first successes in the Atlantic. From the beginning of 1941, he was appointed commander of U-201, the first Type VIIC U-boat allotted to I Flotilla. During seven patrols with this U-Boot, which would take him to the coasts of America and Africa, he would receive the Knights Cross with Oak Leaves. With 15 ships sunk in convoys in the mid-Atlantic, he became the specialist in this form of attack. Commanding U-2511 in May 1945, he alone carried out an actual combat mission in the Type XXI U-boat. With the aid of logbooks and the recent discovery of a considerable collection of images from a war correspondent on one of U-201's missions, this book examines Schnees incredible combat career.