German U-Boat Ace Peter Cremer: The Patrols of U-333 in World War II 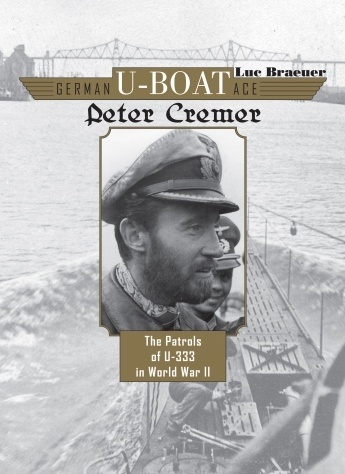 German U-Boat Ace Peter Cremer: The Patrols of U-333 in World War II

This is the amazing story of legendary WWII U-boat commander, and Knights Cross recipient, Peter Cremer. Cremer was appointed commander of U-333, a type VIIC submarine with a close-knit crew. During his first North Atlantic patrol the U-333 sank three ships; unfortunately, his third victim was actually a German blockade-runner. Cremer was acquitted before a court martial. During his second patrol, the U-333 was rammed by an Allied tanker before reaching American shores. His later patrols were equally amazing. In April 1945, Cremer was ordered to take command of a panzer unit, Marine-Panzer-Vernichtungsbataillon, that was credited with destroying twenty-four tanks! Cremer ended the war as head of Grossadmiral Dönitzs security battalion. This biography details all WWII patrols by U-333 and features over 200 images and maps.