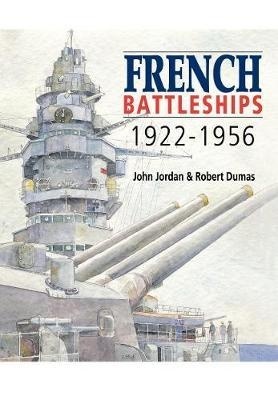 The battleships of the _Dunkerque_ and _Richelieu_ classes were the most radical and influential designs of the interwar period, and were coveted by the British, the Germans and the Italians following the Armistice of June 1940\. After an extensive refit in the USA, _Richelieu_ went on to serve alongside the Royal Navy during 1943-45.

Using a wealth of primary-source material, some of which has only recently been made available, John Jordan and Robert Dumas have embarked on a completely new study of these important and technically interesting ships. A full account of their development is followed by a detailed analysis of their design characteristics, profusely illustrated by inboard profiles and schematic drawings. The technical chapters are interspersed with operational histories of the ships, with a particular focus on the operations in which they engaged other heavy units: Mers el-Kebir, Dakar and Casablanca. These accounts include a detailed analysis of their performance in action and the damage sustained, and are supported by specially-drawn maps and by the logs of _Strasbourg_ and _Richelieu_.

Twenty-two colour profile and plan views illustrate the ships' appearance at the various stages of their careers.