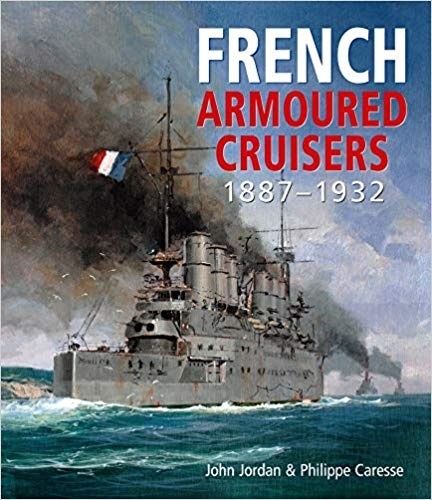 Of all the threats faced by the Royal Navy during the first years of the twentieth century, the one which stood out was the risk to Britain s sea lines of communication posed by France s armoured cruisers. Fast, well-armed and well-protected, these ships could have evaded any attempted blockade of the French ports and, supported by a worldwide network of overseas bases, could potentially have caused havoc on the trade routes. Between 1898 and 1901 the French laid down thirteen ships, and completed nine in 1903 4 alone. This book has as its subject the French armoured cruisers built from the late 1880s until shortly before the outbreak of the Great War, beginning with the revolutionary Dupuy-de-Lôme, the world s first modern armoured cruiser, and ending with the impressive six-funnelled Edgar Quinet and Waldeck-Rousseau. The primary focus of the book is on the technical characteristics of the ships. Detailed and labelled drawings based on the official plans are provided by John Jordan, and each individual class of ship is illustrated by photographs from the extensive personal collection of Philippe Caresse. The technical section is followed by a history in two parts, covering the Great War (1914 18) and the postwar years, during which the surviving ships saw extensive deployment as station cruisers overseas and as training ships. This is the most comprehensive account published in English or in French, and is destined be the standard reference for many years to come.