1918. The first world war at sea in photographs 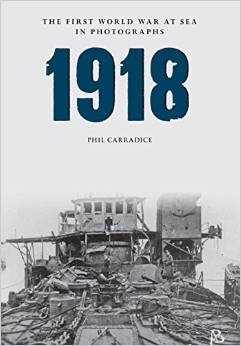 1918. The first world war at sea in photographs

The year 1918 is dominated by the Armistice, which heralded the end of the war to end all wars.

Following the entrance into the war of the United States, the first American troopship was torpedoed in February. In May, German U-boats entered American waters for the first time, only a few months after President Woodrow Wilson's speeches on the Fourteen Points and Four Principles.

One of the most significant naval events of 1918 was the Zeebrugge Raid on 23 April, which saw the British forces attempt to blockade the U-boat base. Despite being heralded as a great victory in the British press, the raid actually failed to meet its objectives, and saw over 500 men killed or injured.

Although Germany had sent peace notes as early as October, the war dragged on, and the German sailors mutinied at Kiel at the beginning of November. During this time, several revolutionary groups of sailors were formed around north Germany. With little chance of victory, the Germans agreed to the Armistice, which was effective from 11 a.m. on 11 November.