The Ionian Islands: Corfu, Cephalonia and Beyond 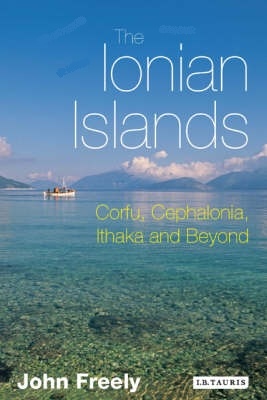 The Ionian Islands: Corfu, Cephalonia and Beyond

Rising from the waters between Greece and Italy, the Ionians - peaks of an underwater mountain range - are some of the most culturally, historically and mythologically rich in all Greece. Consisting of Corfu, Paxos, Ithaka, Lefkas, Cephalonia, Zakynthos and Kythera, they have been variously invaded and occupied by the Goths, Arabs, Normans, Venetians, British, Germans and most recently by tourism, yet they have always absorbed and assimilated other cultures whilst still retaining their unique character and identity.The Ionians have been made famous in literature from Homer and Aeschylus to Gerald Durrell and Louis de Bernieres and numerous myths are associated with them: Corfu is linked to the voyage of Jason's Argonauts, Aphrodite was born on Kythera, Paxos and Corfu were once joined until Poseidon threw his trident and separated them and Odysseus' home was on Ithaka. John Freely, who has visited and travelled throughout the islands over the course of 40 years, here illuminates the history, culture and present day of all seven islands, providing the most readable and comprehensive guide to the magnificent Ionians.