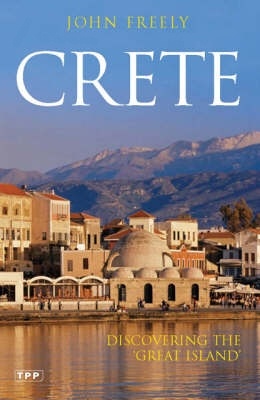 It has been home to such figures as the legendary King Minos, El Greco and Nikos Kazantzakis. In myth, it is associated with Daedalus and Icarus and the story of Theseus and the Minotaur. Today it is one of the most popular destinations in Greece, its visitors lured by the promise of spectacular beaches and the remains of some of the most influential and ancient civilisations in Europe. Part history, part guide, "Crete" includes comprehensive and detailed itineraries, covering the cities of Iraklion, Rethymnon and Chania; the great Minoan palaces at Knossos, Phaestos and Ayia Triadha plus Graeco-Roman ruins, Byzantine churches and Venetian churches. Scattered throughout are the myths, legends and folklore of the island, as well as notes on its hidden gems: scenic stopping-off points, untouched beaches, mountain villages and tavernas, where the ancient ritual songs and dances of Crete are still performed.'In the middle of the sable sea, there lies an isle called Crete, a ravisher of eyes...'