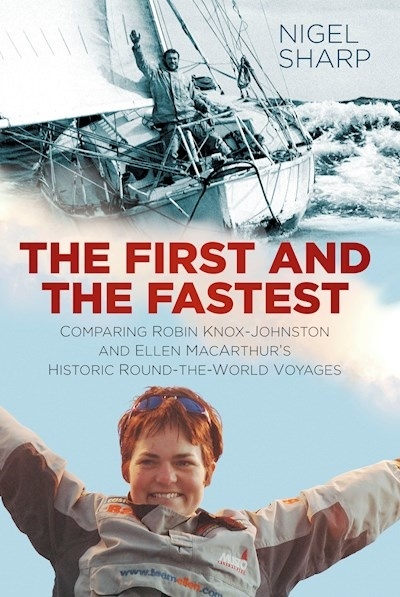 This is the story of two single-handed non-stop round-the-world voyages: Robin Knox-Johnstons in 1968/69 and Ellen MacArthurs in 2004/05. Although there were similarities  both voyages started and finished in Falmouth, for instance, and neither sailor was in a conventional race  the story is mainly one of contrasts, mostly as a consequence of thirty-six years of technological developments. These gave MacArthur the opportunity for a considerably faster voyage, but that didnt necessarily make things any easier for her. When Knox-Johnston set sail in Suhaili, no one knew if it was possible for a human being or a boat to survive such a voyage; and when MacArthur commissioned her boat B&Q, many considered that a high-performance trimaran of that size could not be safely sailed around the world by one person. Whatever comparisons are made, the question as to which was the greater achievement is futile: both voyages were utterly remarkable.MacArthur is no longer 'the fastest', of course  her time has since been beaten by three Frenchmen  but she is still the fastest British solo circumnavigator, while Knox-Johnstons record as 'the first' will be there for all time.