Villains of All Nations "Atlantic Pirates in the Golden Age" 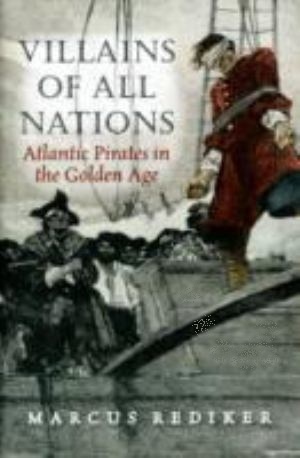 Villains of All Nations "Atlantic Pirates in the Golden Age"

Villains of All Nations is a people's history of piracy--a history that emphasizes how common seamen who turned pirate built for themselves a multicultural, democratic and egalitarian society. This vivid social history of Atlantic piracy focuses on its colorful Golden Age, from 1716 to 1726, the age of the dreaded black flag, the Jolly Roger, as well as swashbuckling figures such as Edward Teach, better known, of course, as Blackbeard. These "outcasts of all nations" imagined--and succeeded in forging--a better world than they had found on the merchant and naval ships on which they had previously worked: they democratically elected their officers, divided their booty in egalitarian way, and fought against the common vicious abuse of sailors. The historical truth about what pirates actually did proves more compelling than the romantic fiction that has grown up around them.