The Trafalgar Chronicle: New Series 4: Dedicated to Naval History in the Nelson Era 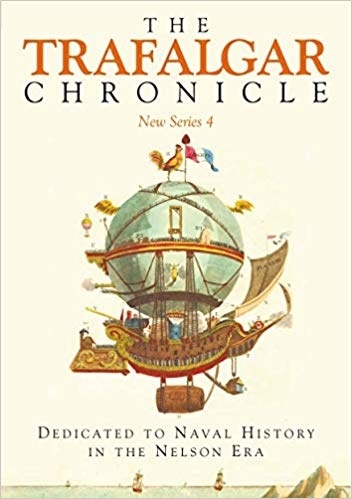 The Trafalgar Chronicle: New Series 4: Dedicated to Naval History in the Nelson Era

The Trafalgar Chronicle_ is a prime source of information as well as the publication of choice for new research about the Georgian navy, sometimes also loosely referred to as Nelsons Navy, though its scope reaches out to include all the sailing navies of the period. A central theme is the Trafalgar campaign and the epic battle of 21 October 1805 involving British, French and Spanish ships, and some 30,000 men of a score of nations.

The next edition, new series No 4, will be themed on the people who knew Nelson, his friends and his contemporaries, as well as technical and scientific changes which were taking place at the turn of the eighteenth century.

Contributions include an article by former US Navy Secretary John Lehman on Stephen Decatur and another by Professor John Hattendorf on Admiral Sir John Gambier, and the observations of American scientist, Professor Benjamin Silliman, who visited Britain in 1805. Other characters who appear are the New York-born Westphal brothers, Jack Punch Perkins who was the first black officer in the Royal Navy, William Pringle Green who was so critical of the results at Trafalgar, and the two Loyalist Richard Bulkeleys, father and son, who served with Nelson at the beginning and at the end of his career. Three articles on technology in the Georgian navy address the surprising developments of the carronade, ballooning and diving in the age of Nelson.