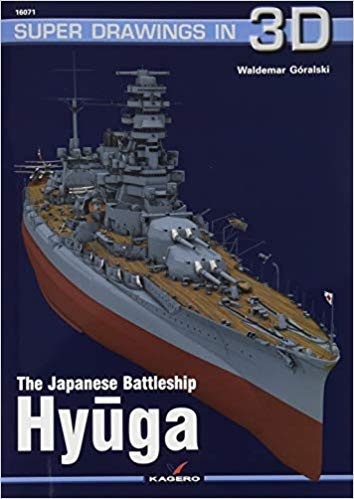 The Japanese Navy ordered two new battleships in 1912. They were an improved version of Fuso type battleships. Their construction was included in the equipment plan 8-4 of the fleet (8 battleships and 4 heavy cruisers), which was approved by the government and parliament. The amount of money allocated totaled 80 million yen. Design work began in 1913 and all funds for the start of word were collected by July 1914. On May 6, 1915, at the Mitsubishi group shipyard in Nagasaki, a keel for the new battleship was laid. On January 27, 1917, the ship was launched receiving the name Hyuga (after the name of the province). On November 1, 1917, Commander Eitaro Shimodairo became the first captain of the battleship. The Hyuga battleship project was based on the design of the Fuso battleship. Some changes were made to it. The hull was extended by 3 meters, and the armor of the ship's magazines and the central command post were changed. The layout of guns 1 and 2 was changed, which allowed placing the boiler room closer to the bow and fitting the funnels closer to each other. It also allowed putting artillery guns 3 and 4 behind the boiler room. It was not a good choice, because it was necessary to carry the steam ducts to the engine room through the ship's magazines. A better solution was to install the wires under the ship's magazines and over the double bottom.