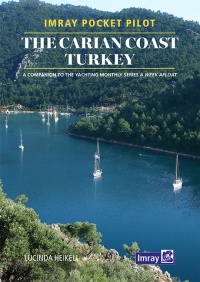 Do you only have a week to spare? For those of us who are time poor but who want to seize the moment, either on our own boat or on a charter, its reassuring to know that there are plenty of cruising hubs from where we can enjoy some of the best of the region in only a few days.

Imray Pocket Pilots are a new series of affordable PDF books, companions to the Yachting Monthly series A Week Afloat.

They visit some ideal destinations and suggest a one week itinerary, and include expanded sailing directions for cruising each area based on printed Imray pilot books. Familiar Imray chartlets cover marina detail and approaches, and photos add both information and colour to the downloads.

This Imray Pocket Pilot covers the Carian coast of Turkey from Bodrum to Marmaris.