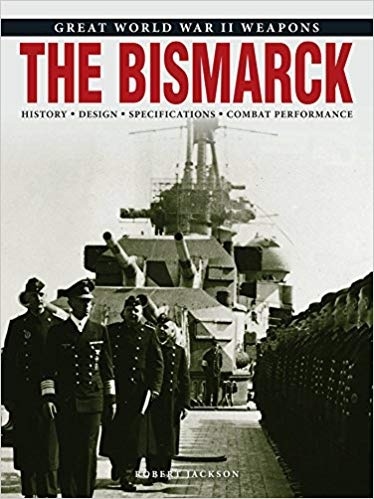 Take an in-depth look at one of World War IIs most famous battleships, the Bismarckincluding a gripping account of its final hours.

During World War II, much of the Allied fleet was diverted to hunting down the Bismarck, the classic ship that represented the pinnacle of the Nazi war machine at sea. This comprehensive history traces the regrowth of the German navy after World War I, Hitlers plans for rearmament, and every aspect of the Bismarcks development and constructionincluding detailed sections on her design, armament, powerplant, crew, and armor. Follow the ship in action, with descriptions of its only voyage, its successful sinking of HMS Hood, and its final showdown 300 miles west of Ushant when she was torpedoed and then finished off by the guns of the Royal Navy. With appendices and illustrations, The Bismarck is an exhaustive compendium on a classic German battleship.