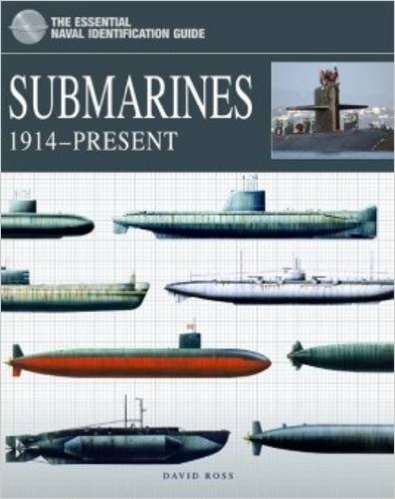 The emergence of the submarine in 1914 as a major strategic weapon was swift and unexpected. On 5 September 1914, a British light cruiser, HMS Pathfinder, was sunk by the German submarine U-21, becoming the first victim of a free-fired torpedo. The basis of naval warfare had been changed forever. The Essential Naval Identification Guide: Submarines 1914 Present offers a highly illustrated guide to all the main classes of submarines to be used in naval warfare from the beginning of World War I to the present day. Divided by era, campaign and country, the book includes sections on submarine forces in 1914, technical developments during the 1930s, the Atlantic convoy war during World War II, Soviet submarine development during the Cold War, the introduction of nuclear-powered submarines, submarines of the Falklands War, and the latest ICBM carriers. All the main types are included, from the World War I-era German U-1 and British F-class, through the Type VII U-boats and US Gato class of World War II, and coming up-to-date with the latest missile submarines, such as HMS Astute, USS Virginia, the Russian Borei class, the Chinese Shang class and the INS Arihant."