Command of the Sea: William Pakenham and the Russo-Japanese Naval War 1904-1905 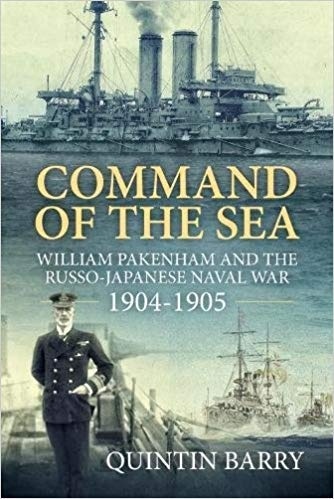 Command of the Sea: William Pakenham and the Russo-Japanese Naval War 1904-1905

This book is a study of the Russo Japanese War of 1904-1905, as seen through the eyes of the British Naval Attaché, Captain William Pakenham. The complicated set of international relations at the turn of the century is reviewed, as well as the balance of sea power in the Far East, which was a matter of considerable importance to the British government. The role of the naval attaché was thus of considerable importance, particularly once war had broken out.

Pakenham quickly became a trusted colleague of Admiral Togo, the Japanese commander-in-chief, and went to sea with the Japanese fleet during the great battles of the naval campaign.

The war had already begun before Pakenham arrived in the Far East, commencing with a lightning strike by the Japanese at the Russian base of Port Arthur. Once there Pakenham sent a stream of comprehensive reports not only describing the naval actions but also dealing with crucial matters relating for instance to the design of warships, developments in gunnery and the use of torpedoes. These were closely studied at the British Admiralty, at a time when the revolutionary design of the new battleship Dreadnought was under consideration.

Pakenham, who came from a well-known naval family, was one of those personalities around whom legends grew, and he was certainly well established as an eccentric. He was greatly admired by his Japanese hosts for the courage he displayed under fire.