Building for Battle: U-Boat Pens of the Atlantic Battle 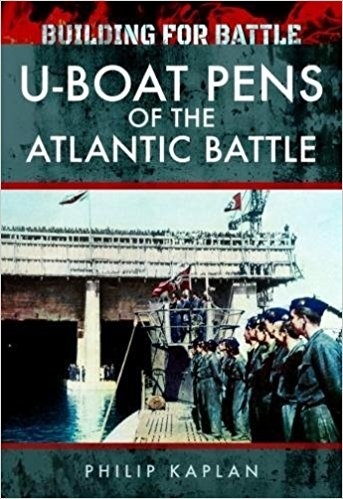 Building for Battle: U-Boat Pens of the Atlantic Battle

The only thing that ever really frightened me during the war was the U-boat peril - Prime Minister Winston Churchill.

Churchill, as a former First Lord of the Admiralty, was well versed in the importance of Britain protecting itself at sea. In the opening years of the Second World War, Germanys U-boat (submarine) fleet was tasked with attacking and destroying the supply ships that Britain depended upon for its survival.

The U-boats were under the command of Grand Admiral Karl Doenitz who, for much of the war, effectively guided that strategy. There was a very real possibility that the British people would starve if the U-boats succeeded in their campaign. When France fell to the German forces in 1940, Hitlers Ubootwaffe gained a significant asset in five important ports along the Brittany coast - Brest, Lorient, St. Nazaire, La Palace and Bordeaux. The use of these ports put Germanys submarine force hundreds of miles closer to the action in the North Atlantic, the routes of the Allied supply convoys which were operating mainly between Halifax, Nova Scotia and various English port cities. This afforded the U-boats several more days at sea on their deadly patrols than was possible while they had been based in Germany and German-occupied Norway.

In this new publication from Philip Kaplan, the massive bunkers or pens constructed in Brittany by the laborers of the German Organisation Todt are revisited. These giant structures, some of which sheltered more than a dozen submarines at a time, still exist because they were built with concrete ceilings more than three meters thick. With equally impressive supporting walls, they suffered relatively little damage in the wartime bombing raids of the Royal Air Force and the US Eighth Army Air Force. Illustrated with more than 150 rare and compelling photo images, this book is a richly rewarding journey back across time to some of the most intriguing and electrifying sites from the war years. The story of the pen shelters and their part in that war is both fascinating and enduring.