British destroyers and frigates "the second world war and after" 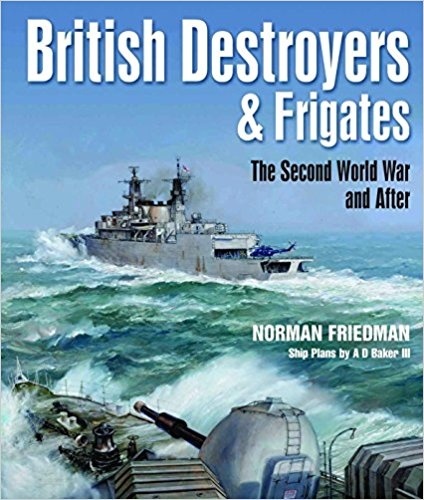 British destroyers and frigates "the second world war and after"

Since World War II the old categories of destroyer and frigate have tended to merge, a process that author Norman Friedman traces back to the radically different Tribal-class destroyers of 1936. This volume covers the development of all the modern destroyer classes that fought in the war. It looks at the emergency programs that produced vast numbers of trade protection vessels?sloops, corvettes, and frigates?and analyzes the pressures that shaped the post-war fleet and, until recently, dominated design.
Written by Americas leading authority on naval construction, it is an objective but sympathetic view of the difficult economic and political environment in which British designers had to work, and benefits from the authors ability to compare and contrast the U.S. Navys experience. Dr. Friedman is renowned for his ability to explain the policy and strategy changes that drive design decisions, and British Destroyers & Frigates uses previously unpublished material to draw a new and convincing picture of British naval policy over the previous eight decades. Successful with enthusiasts and professionals alike from its first publication in 2006, this is the books third edition.