Voices from Jutland: A Centenary Commemoration 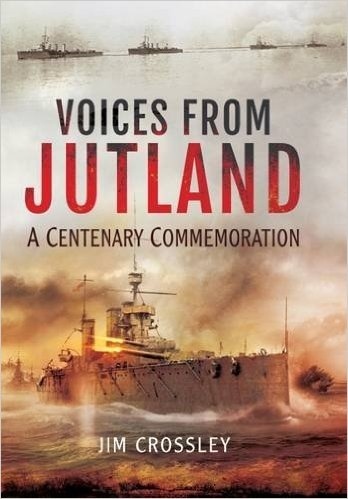 Voices from Jutland: A Centenary Commemoration

Jutland was the only major fleet engagement to take place during the First World War, and indeed the only time in history in which columns of great dreadnought battleships fought each other. In spite of terrible losses of life, the battle did nothing to change the strategic situation in northern European waters, in fact it simply confirmed Britain's command of the seas and her ability to enforce the blockade which was eventually to lead to Germany's downfall. This new book examines the strengths and weaknesses of both navies and identifies some of the reasons for the disappointing performance of the Royal Navy in the battle. Confusion and poor staff work in the Admiralty led to a failure to make proper use of the vital information gleaned by Room 40, the brilliant Admiralty intelligence centre, which was able to read German signals traffic. Many years of totally irrelevant experience and inappropriate disciplines in the Victorian and Edwardian navies were poor preparation for 20th century warfare, and led to bad decisions being made by senior officers during the battle. Careless ammunition handling resulted in the loss of three battle cruisers and over 3,000 deaths.British warships were designed for world-wide cruising and to project naval might on a global basis, instead of being optimised for encounters close to home, in the North Sea. By contrast the German fleet performed magnificently and their ships proved extremely durable, but this was not enough to enable them to mount a serious challenge to superior British fire power and numbers. The book argues that the building of the High Seas Fleet was a strategic blunder on the part of the Germans, who could have forced Britain out of the war completely if they had instead concentrated on their submarine fleet and on mine-laying. Admiral Jellicoe, commander of the British Grand Fleet, was in the unenviable position of having to give overriding priority to keeping his fleet intact, rather than inflicting a crushing defeat on the enemy. His steadfast pursuit of this objective was to lead to ultimate victory.