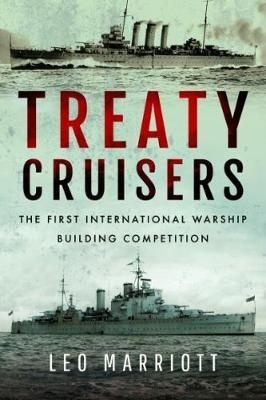 The Washington Naval Treaty of 1921 and subsequent treaties in the 1930s effectively established the size and composition of the various navies in World War II. In particular they laid down design parameters and tonnage limitations for each class of warship including battleships, aircraft carriers, cruisers and destroyers. With one or two exceptions, battleship construction was deferred until the mid 1930s but virtually all navies embraced the concept of the 8in gun armed 10,000 ton heavy cruisers and laid down new vessels almost immediately. This book will trace the political processes which led to the treaties, describe the heavy cruisers designed and built to the same rules by each nation and then consider how the various classes fared in World War II and will attempt to assess which was the most successful. Ships from the navies of Britain, France, Italy, Germany, the USA and Japan will be included.