Three Men in a Boat Companion 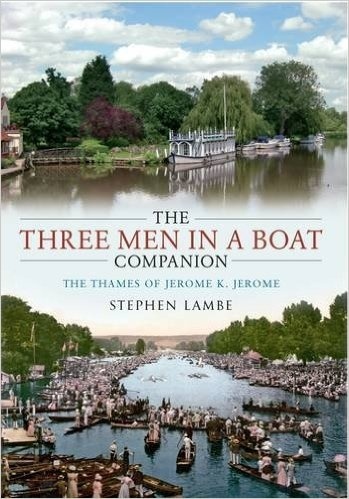 Three Men in a Boat Companion

First published in 1889 and never out of print, Jerome K Jerome's classic of humorous literature continues to delight new generations of readers. The book follows three friends, Harris, George and Jerome himself, accompanied by the ever-mischievous (and actually fictitious) dog Montmorency, as they skull up the Thames from Kingston in Surrey as far as Oxford. However, the book is far more than a travelogue. It uses incidents from the journey as jumping off points for some virtuosic set pieces, as hilarious and relevant today as they were in the late Victorian period when boating was becoming the "next big thing". Stephen Lambe dissects Jerome's masterpiece, placing it in context as a brilliantly sustained piece of observational comedy. But he also examines the River itself, and by using both modern and period photographs presented in full colour, examines how the Thames has developed over the last 120 years. The result will be indispensible to fans of the book who want to know a little more about the context in which it was written, and also to all those that have an interest in the development of England's most important and famous waterway