The watery grave "the life and death of HMS Manchester" 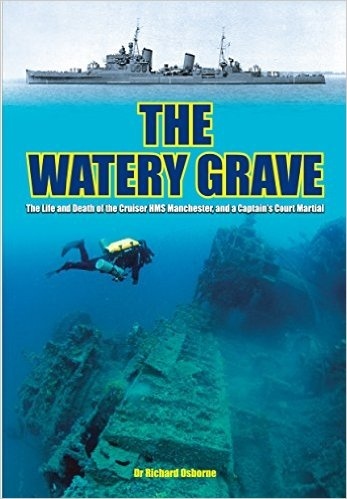 The watery grave "the life and death of HMS Manchester"

In 2002 the wreck of a British cruiser was located by divers off the coast of Tunisia. The stunning photographs of the wreck inspired Dr Richard Osborne to delve into the controversy surrounding the loss of one of the Royal Navy's proudest ships - HMS Manchester. After taking part in the Norway campaign of 1940, Manchester was sent to the Mediterranean, where she was involved in the dangerous Malta convoys. On her first convoy she was struck by a torpedo and badly damaged. In danger of sinking at any minute, her skipper, Captain Harold Drew, managed to save his ship. Her next operation was to prove her last. In Operation Pedestal, the vital Malta relief convoy, Manchester was again hit by a torpedo. This time, rather than risk the lives of his crew Drew decided to scuttle his ship. For this Drew was court-martialled in what would become the longest such case in the history of the Royal Navy. Using the testimony of those involved, the highly respected naval historian Dr Osborne pieces together one of the most intriguing stories to emerge from the Second World War. Coupled with photographs of the wreck and a detailed account of its discovery, The Watery Grave: The Life and Death of HMS Manchester, will shed new light on this remarkable tale.