The Unseen Britannic: The Ship in Rare Illustrations 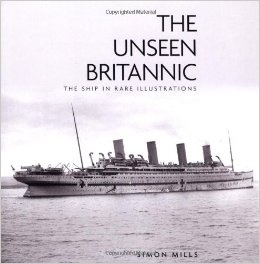 The Unseen Britannic: The Ship in Rare Illustrations

The Olympic-class ship as never seen before, with previously unpublished and rare illustrations

The third and final sister of the Olympic-class ships, Britannic is quite oftenand unfairlythe lesser known in comparison to Olympic and Titanic. Launched at the start of 1914, she began her career on the cusp of war and was put to good use for Queen and Country. Requisitioned by the military in 1915, that April she became Her Majesty's Hospital Ship Britannic. However, her life was cut tragically short in November 1916, when she was hit by an explosion of unknown origin and sunk shortly after. Thanks to the improvements in safety heralded after the tragedy of her sister, Titanic, 1,036 of 1,066 on board survived. Here Simon Mills brings together previously unseen material and this poignant story to tell a tale of heroism in World War I and an oft-forgotten but key ship to maritime history.