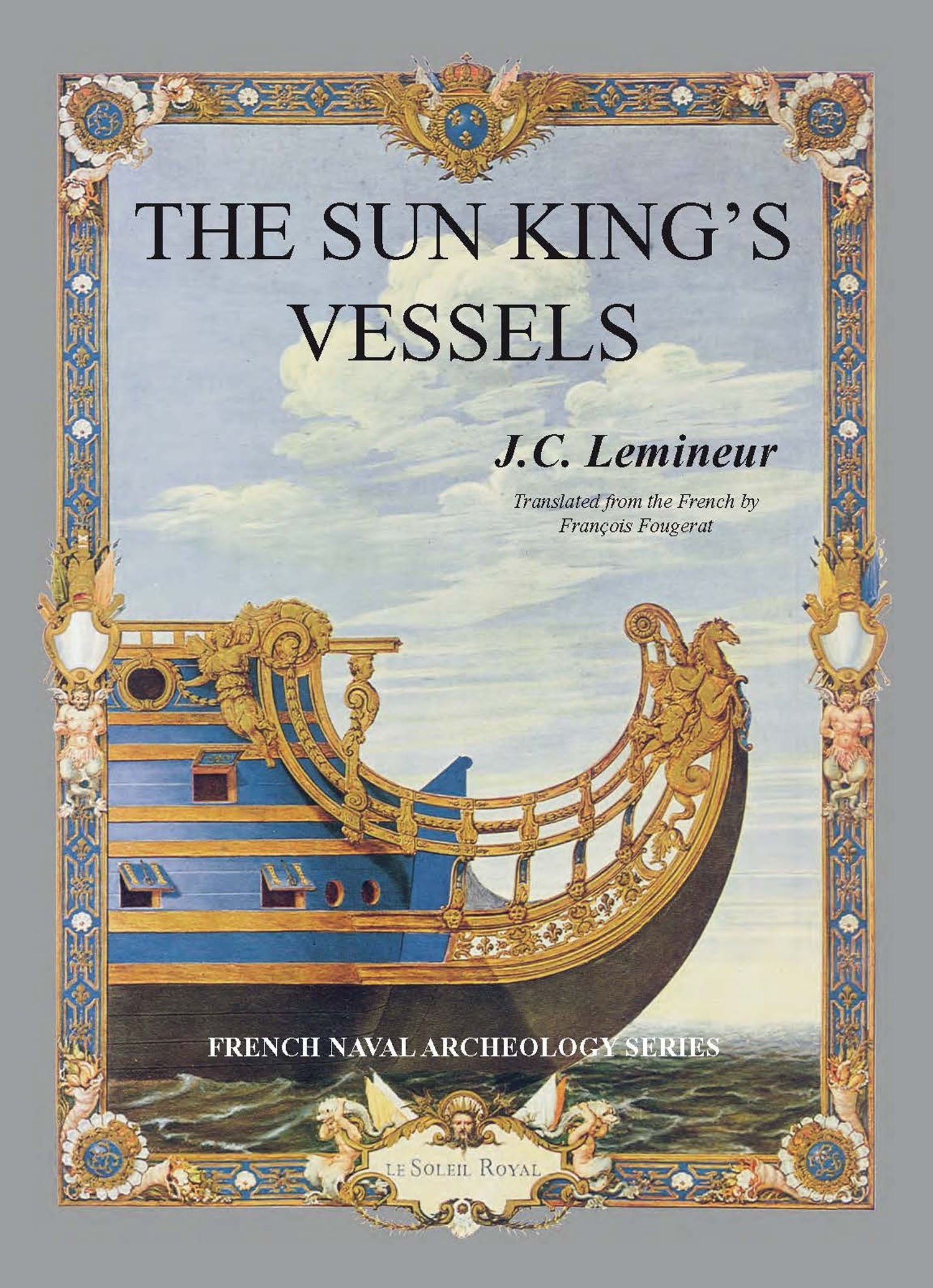 The glorious title of this volume guarantees that its contents will not disappoint our readers. The author presents the creation and evolution of Louis XIV's navy in an historical context. The fruit of many long years of archival research working with primary sources, its invaluable contents are an essential reference work of French naval history. We present its table of contents for your examination. In his introduction, Jean-Claude Lemineur explains his choice to focus the volume on those ships, especially three deckers, which were selected to form the first line of battle. This is but one aspect, however, of an enormous project involving commentary and original analyses by the author. The first study of Louis XIV's navy takes its place as the culmination of our French Naval Archeology Collection. We hope that we have accomplished the task we set ourselves and have introduced a wider audience to the importance of French naval architecture in our cultural heritage. 23 x 31cm format, sewn section with headband. Laminated inside dust jacket, with a four-color illustration of the ship Le Soleil Royal. 248 pages, 135 gr paper, with 126 illustrations and 30 tables. 3 four-color inset plates reproducing the illustration on the dust jacket. Chapter I : The Ship The ship: The sailing ship in naval armies Single line ahead combat : a measured tactic. Origin of the sailing ship as a mercantile vessel. Evolution of naval might during the first half of the 17th century. Criteria of a war ship. Organization and structure of naval armies during the second half of the 17th century. Chapter II : Naval Shipbuilding under Louis XIV Chapter III : Naval artillery under Louis XIV. Chapter IV : The organization of batteries. Chapter V: Typical evolution Overview.