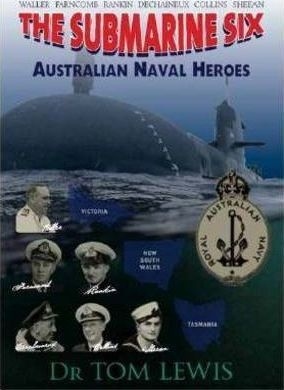 Any Australian asked to mention our war heroes could probably name General Monash and Albert Jacka VC from World War I, and then Weary Dunlop, and perhaps Field Marshal Blamey from WWII. A knowledgeable few might be able to suggest Australia's greatest fighting air ace, Clive Caldwell. But who could name our naval heroes? Naval conflicts take place often far from our shores. Ships and men sometimes disappear, to leave only mystery in their wake. In the 1990s the Royal Australian Navy broke with tradition, and for the first time named six submarines after six naval heroes. This book shows the true depths of their achievements. These were men whose warrior exploits stand alongside those of any from other nations. But they have been largely unrecognised, save for those submarines. Captain Hec Waller, for example, fought to the end in HMAS Perth, alongside fellow cruiser USS Houston. The Houston's Captain Rooks was deservedly awarded the Congressional Medal of Honour, America's highest honour. Captain Waller, by comparison, was given distinction, but not of the highest rank. Should he have been given the Victoria Cross? Other heroes stand alongside him. Emile Dechaineux, hero of Dunkirk and the North Sea, battling it out against Japanese kamikaze attack. John Collins, taking HMAS Sydney to victory against Italian cruisers. Hal Farncomb - the first Australian to command an aircraft carrier, in action off the French coast. But The Submarine Six also examines whether two more of its men deserve further honour. Teddy Sheean, tenacious gunner from Tasmania, fought to the end in HMAS Armidale. Robert Rankin commanded HMAS Yarra against fearful odds, dying in defence of his convoy, attacked by overwhelming Japanese forces. Are they also VC candidates? Three of the men are from Tasmania, the island state which in WWII contributed more seamen per head of the population than any other state. All of the six are men of determination, bravery, and incredible resolve. Worth analysis, worth following, and worthy of greater recognition - Australian heroes all. The Submarine Six brings forward six naval warriors to stand alongside any other military achiever.