The Shell Channel Pilot "South coast of England, the North coast of France and the Channe" 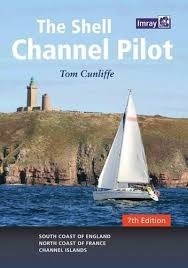 The Shell Channel Pilot "South coast of England, the North coast of France and the Channe"

When all the websites and the almanacs have come and gone, The Shell Channel Pilot remains the ultimate authority on cruising both sides of the English Channel. Ever since the 1930s, when Adlard Coles published the original version, this seminal work has been steadily upgraded and updated. The three compilers who have looked after it since its inception have never tired. Under the Imray / Cunliffe house flag since 1992, it represents almost 80 years of effort.

This is the seventh Imray edition. The main text is organised into defined sections, each prefaced by comprehensive passage notes written by a seaman who has been there many times and which lift the work far above a simple harbour guide. The pilot also includes a valuable hand on the shoulder for Channel navigation as well as vital help with handling the increasing bureaucracy on both sides of the water.

The top-class pilotage notes, the plans, the aerial and approach shots for harbours great and small are unbeatable, while the author's sometimes alarmingly frank remarks about shoreside facilities, forewarning mariners of impending disappointments as well as guiding them to unexpected delights, have become a legend. As a guide and a shipmate, there is simply nothing like it.