The Sea Takes No Prisoners 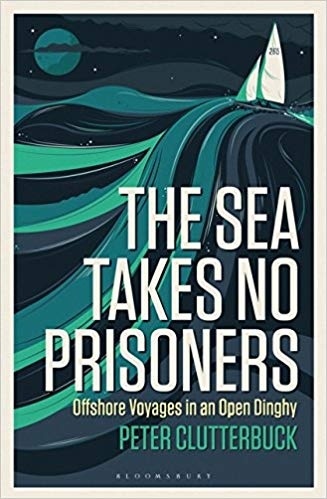 The Sea Takes No Prisoners

A classic real-life story of derring do on the high seas, complete with extreme risk, last-minute ingenuity and many near-misses." - All at Sea Beginning in the 1960s, this book tells of the real life adventures of the author as a boy - a time of boarding schools, long holidays and an unbelievable (to today's parents) amount of freedom and danger. Encouraged by his parents (who lived abroad) to become more independent and self-sufficient, Peter decided to see how far he could get in his family's small open dinghy Calypso. Aged 16, he spent a winter restoring her, before pootling straight out into a force 7 gale and very nearly capsizing, after which he headed back to land to plan even more extreme adventures. Calypso was a Wayfarer, a small (16ft) and very popular class of open dinghy; a boat designed for pottering around coastlines and estuaries during the day. But along with the occasional brave crewmate, Peter managed to sail her across the Channel, through the Bay of Biscay, down the French canals and into the Mediterranean, then up into the North Sea and the Baltic to Oslo, living aboard for three months at a time. These were some of the longest voyages that anyone had ever achieved in an open boat, where (as Peter says) you `have to be like a tightrope walker, concentrating on balance day and night, fully aware of the consequence of relaxing your vigilance'. He survived huge waves, nine rudder breakages in heavy seas, dismasting, capsizes, and hallucinations caused by sleep deprivation. He also managed it on a tiny budget, working as a farm labourer, hitchhiking everywhere, and at times living on one meal of cereal a day, to save the maximum amount for his boat. Charming, quite British in style, beautifully written and a lovely insight into a seemingly golden time, this is primarily a great read, but will be of huge practical use to anyone wanting to go that bit further in their dinghy. It also includes a lovely Foreword by world-famous yachtsman Brian Thompson.