The Sea Devil "THE ADVENTURES OF COUNT FELIX VON LUCKNER, THE LAST RAIDER UNDER" 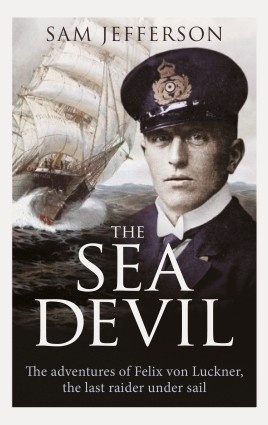 The Sea Devil "THE ADVENTURES OF COUNT FELIX VON LUCKNER, THE LAST RAIDER UNDER"

In 1916, a three-masted windjammer bearing Norwegian colours sailed out of a quiet anchorage in Germany, loaded with cargo and apparently bound for Australia. Her true mission was quite different.

The ship was, in fact, the SMS Seeadler, commanded by swashbuckling German aristocrat Felix von Luckner. Over an epic voyage, he used cunning and deception to destroy fourteen merchant ships, all the while evading the utterly foxed and infuriated British Admiralty in a daring game of cat and mouse.

This rip-roaring World War I story depicts a life of espionage, counterespionage and piracy of the most gentlemanly kind.