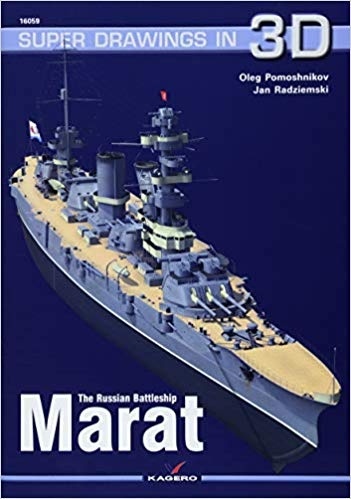 In the interwar period the battleship "Marat" was considered a symbol of the naval power of the Soviet Union. She was the most-described and filmed ship of the Land of the Soviets. In her 40-year service, rich in events, she survived four wars, but only in one of them - the civil war - she used her main guns in an engagement with enemy warships. Only once in her career. In other conflicts, she served as a monitor rather than a battleship, shelling mainly land targets and carrying out counter-battery fire. At the end, she fell victim of the destructive power of German dive bombers. From that moment, she was a battleship only on paper. Mutilated and devoid of propulsion, she was still biting at the Germans from her remaining guns, and after the war, young pupils of the maritime craft appeared on board. Though it sounds absurd, even her reconstruction as a battleship was considered. This misconceived idea was not fortunately realized and the wreck - because it became one in the final period of service - finally went for scrap.