The Making of the Modern Chinese Navy "Special Historical Characteristics" 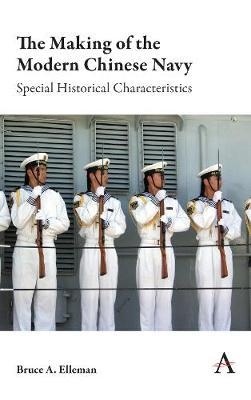 The Making of the Modern Chinese Navy "Special Historical Characteristics"

'The Making of the Modern Chinese Navy' includes 14 historical case studies that help to illuminate a number of special characteristics of the modern-day Chinese navy. The Chinese Navy embodies a number of special features that modern-day Chinese naval officers perhaps take for granted, including a belief in the Mandate of Heaven, tributary system, and the fear of 'losing face' either in a diplomatic setting or by risking valuable equipment in battle. Ethnic and language differences, regional loyalties, and political mistrust potentially exacerbate these problems. Special peculiarities include the Mongol dual-officer diarchy that led to the political commissar system utilized by the People's Liberation Army. Outside influences, such as blockade, sanctions, and embargoes, can exert a profound impact on China, just as foreign intervention or, equally important, a decision not to intervene, can often determine the outcome of major maritime events.

The 14 case studies discuss many of these characteristics, while the Conclusion examines all case studies together and places them in a historical perspective. Do Chinese still worry about 'face', and in particular about 'losing face'? What impact does the Mandate of Heaven have on modern Chinese? Will Han Chinese on both sides of the Taiwan Strait go to war to determine which dynasty should rule all of China? Does the PLAN worry as much about mutiny as earlier dynasties? What is the impact of foreign intervention, foreign decisions not to intervene and secret diplomacy? 'The Making of the Modern Chinese Navy'assesses which of these historical characteristics and peculiarities are still present in full force in China and which ones may no longer have as great an impact on the contemporary Chinese navy.