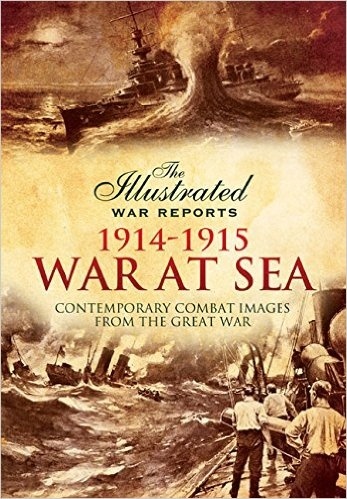 This powerful collection, depicting the events of the Great War at sea, showcases the work of the contemporary combat artists and illustrators from the Great War era. The result is a stunning and vivid graphic record of life and death on the high-seas from 1914-18, as reported to contemporary audiences at a time when the events of the Great War were still unfolding. During the Great War artists and illustrators produced a highly accurate visual record of the fleeting moments the bulky cameras couldn't reproduce. These works form a body of war reportage that are as valid as the written word. Today, the work of the combat illustrators and the official war artists from the Great War era is overlooked by historians in favour of photographs, but these illustrations are nonetheless important, as they provide a contemporary record of hand-to-hand fighting, trench raids, aerial dogfights, sea battles, desperate last stands, night actions and cavalry charges.