The Dutch in the Medway 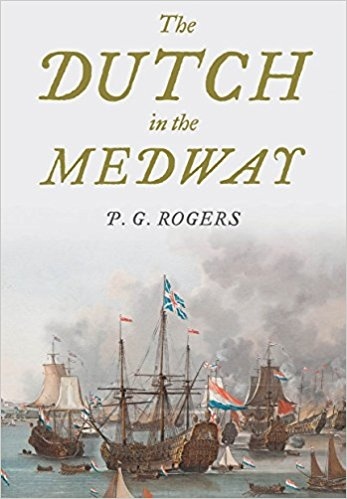 The Dutch in the Medway

The daring raid on the Medway in June 1667, when the Dutch navigated the treacherous shoals and sandbanks of the Thames estuary and the Medway in order to attack King Charles s ships laid up below Chatham, was one of the worst defeats in the Royal Navy s history, and a serious blow to the pride of the English crown. Perhaps the greatest humiliation was the removal by the Dutch of the flagship Royal Charles, towed down river after the raid and taken back to Holland. Her stern piece resides in the Rijksmuseum in Amsterdam to this day. The raid, intended to bring to an end English procrastination at the peace negotiations in Breda, was to cause simmering resentment and lead eventually to the Third Dutch War. As Pepys wrote in his diary on 29 July 1667, Thus in all things, in wisdom, courage, force, knowledge of our own streams, and success, the Dutch have the best of us, and do end the war with victory on their side. P G Rogers account of the raid, and its significance within the Second Anglo-Dutch War between Britain and the United Provinces of the Netherlands, is vividly told and he sheds much interesting light on the English navy of Pepys s day. His particular knowledge of the Medway and the topography of Gillingham and Chatham also enables him to describe the manoeuvres at a level of detail that has not been replicated. This edition of a classic work will delight a whole new generation of readers.