The Battleships Scharnhorst and Gneisenau Vol. I (Hard Cover Series) 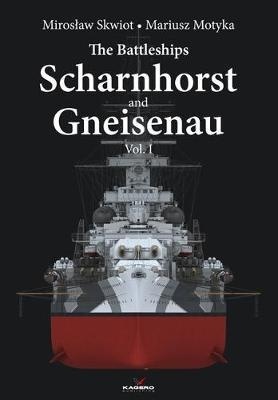 The Battleships Scharnhorst and Gneisenau Vol. I (Hard Cover Series)

The battleships of the Kriegsmarine are only four vessels in total, which they managed to put into operational service in 1935-1941. The first two of those, Scharnhorst and Gneisenau, did not make as spectacular combat career as the other two. So far, no extensive memories of seamen sailing them have appeared, because their career practically boiled down to staying in a port, dock or roadstead until they sank or the hostilities ended. The current publication is a form of compromise between combat operations, shortened in it to a necessary minimum, in the case of Scharnhorst, and a broader description of use of thewreck of Gneisenau after the war, and a photo albumthat represents life on the ship.