The Army of Flanders and the Spanish Road, 1567-1659 "The Logistics of Spanish Victory and Defeat in the Low Countries" 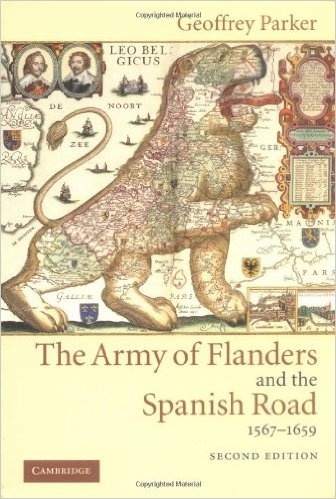 The Army of Flanders and the Spanish Road, 1567-1659 "The Logistics of Spanish Victory and Defeat in the Low Countries"

The publication of The Army of Flanders and the Spanish Road in 1972 marked the birth of the 'new military history', which emphasized military organization - mobilization, pay, supply, morale and, above all, logistics - rather than military 'events' such as sieges and battles. Geoffrey Parker studied one of the great logistical feats of early modern Europe: how Habsburg Spain managed to maintain and mobilize the largest army in Europe in an 80-year effort to suppress the Dutch Revolt, at 700 miles' distance. Using a unique combination of surviving records, he presented strikingly the logistical problems of fighting wars in early modern Europe, and demonstrated why Spain failed to suppress the Dutch Revolt. The book has been constantly cited since its first publication in English (with translations into Spanish and Dutch). This revised second edition includes some new sources and updates some references but otherwise remains faithful to the original version.