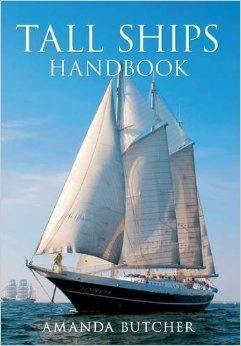 Around 200 sailing vessels take part in the Tall Ships series of races, which travel the world each year. They regularly attract up to five million spectators, easily making them the largest public attendance of any event in the world. When the ships are in port, they are often open to the public to view them, from period Victorian sailing ships to brand-new sailing vessels with every modern convenience.

One of the challenges for spectators is working our which ship is which and the Tall Ships Handbook is in a format that is easy to carry, that makes it easy to locate each vessel and identify it, and also gives some background to the history and ownership of each vessel. In 2013, the four series of races were in the Mediterranean, the Black Sea, the Baltic and Australia/New Zealand. In 2014, they return to northern Europe and the UK and Ireland.
Attendances at various ports of call include almost half a million at Leith and Aberdeen, as well as 600,000 in Portsmouth.