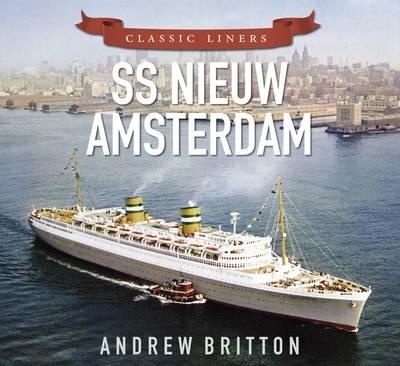 This book traces the distinguished career of the Holland America Line flagship Nieuw Amsterdam. One of the most popular liners on the Atlantic, she regularly visited Southampton, Hoboken-New York, Rotterdam and latterly Fort Lauderdale and the Caribbean. The Dutch art deco flagship was named for the settlement of New Amsterdam, modern-day New York. Her pre-war life was short and with the fall of Holland in the Second World War she was requisitioned by the British Ministry of Transport under Cunard. After conversion she served as a British troopship, carrying thousands of Allied troops to all corners of the world. She remained in Holland America Line service after the war until 1974, the last ship to retain the company's green, yellow and white funnels. Despite boiler problems in 1967, she was refitted with US Navy-surplus boilers and sailed on, cruising, until withdrawn from service in 1974. Enhanced with original artefacts and spectacular colour images, this comprehensive narrative provides a full account of the ship's wartime exploits - when she was fitted out with guns and depth charges - to her resurrection as a successful cruiser after the war and her eventual demise in a scrap yard.