Sovereign of the seas "the seventeenth-century warship" 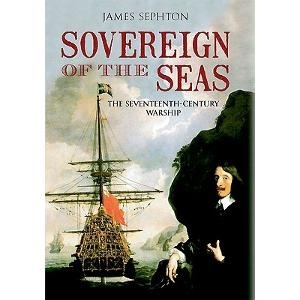 Sovereign of the seas "the seventeenth-century warship"

Charles Is authoritative and intolerant rule as monarch, and the unpopular Ship Money tax which he initiated, were instrumental in creating the most splendid and controversial warship in English history. She was the grandest venture hitherto created, remarkable for her size, beauty and heavy armament. Even her name, the Sovereign of the Seas, suggested pride and pomp. Designed and built by Phineas Pett, and ably assisted by his son Peter as Master Builder, her keel was laid in December 1635 at Woolwich Royal Dockyard. She was safely launched in October 1637.
Her graceful lines are a delight to any ship modeler. Her description and history are intriguing. Very little is known about her. Many authors have praised and applauded her. She remains an enigma - a puzzle for subsequent historians. Each successive researcher quotes the facts previously published.
The author, James H. Sephton, has been engrossed for many years in the self appointed task of researching and compiling a definitive history. Original paintings, drawings and models are elucidated. Her size in term of tonnage, a description of her decorative carvings and rigging is described. Her history in the various actions during the Dutch Wars is discussed. There are accompanying plates, drawings, maps, lists and tables. This present study, therefore, contains much hitherto unpublished material. It is preserved as a record for posterity. It is also a dedication to the efforts of naval historians past, present and future.