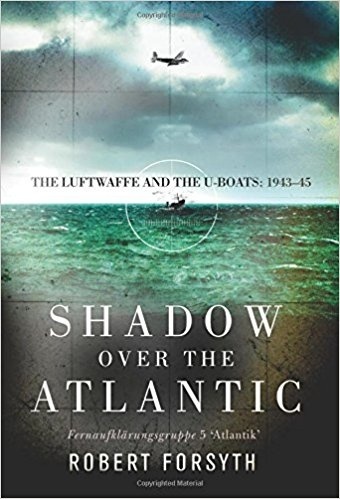 German U-boats were the scourge of Allied merchant and military shipping in the Atlantic during World War II, threatening to isolate and then starve the UK out of the war. As Germany's war against the Allied convoys intensified in late 1943, German Admiral Karl Dönitz called upon the Luftwaffe to provide a long-range spotting and shadowing unit to act as 'eyes' for his U-boats. Equipped with big, four-engined Junkers Ju 290s fitted out with advanced search radar and other maritime 'ELINT' (electronic intelligence) devices, Fernaufklärungsgruppe (FAGr) 5 'Atlantic' undertook a distant, isolated campaign far out into the Atlantic and thousands of miles away from its home base in western France. The information generated and reported back to Dönitz's headquarters was vital to the efforts of the U-boats, and FAGr 5's 'shadowing' missions were assigned priority in terms of skilled crews, supplies and equipment.

This book tells for the first time the fascinating story of the formation and operations of FAGr 5 'Atlantik', drawing on never-before-published historical records of the unit that accounted for the reporting and destruction of thousands of tons of Allied shipping.