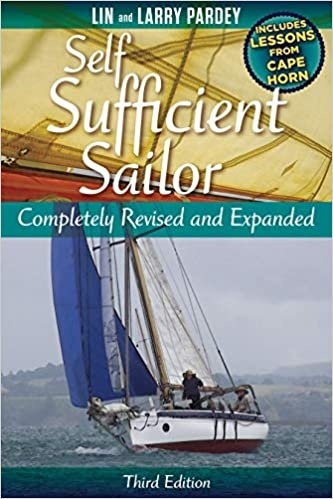 Lin and Larry Pardey's hugely popular and encouraging book, the Self Sufficient Sailor, has been revitalized and expanded by more than 40%. This has been an exciting project for me, said Lin, especially as I have spent much of the past two years voyaging through the western Pacific on a boat that has not only an engine, but much of the electronic gear Larry and I chose to sail without. This let me evaluate the advantages and disadvantages of what many folks call modern equipment. Better yet, it put me in touch with the people who are out cruising right now. And it is exciting to see that there are young and young at heart folks setting off voyaging on limited budgets and finding fine adventures.
The results of Lin s work are clear in this early review by John Kretschmer, who has sailed more than 300,000 miles and written several books including Sailing a Serious Ocean, Storms, Stories and lessons learned from 30 years at sea:

Let me be clear, The Self Sufficient Sailor was a very important book in my life,writes John Kretschmer, and it makes perfect sense that Lin Pardey is releasing a 3rd revised and updated edition because the book transcends time. It spoke to me when I was a wide-eyed 24-year-old contemplating a passage around Cape Horn, and this new edition speaks me to today as a 60-year-old salt, still plying oceans year after year. I flat out love the premise, the practice and the reward of self-sufficiency that Lin and Larry Pardey espouse. While Lin includes new chapters for modern cruisers, and also chronicles their voyage around Cape Horn, she has included all the original material and that's where the magic lurks. I poured over delightful chapters that compared the merits of sculling over rowing, and completely concur with Larry's frank assessment of how to prioritize safety concerns offshore. Lin also explains her new cruising life, tenderly paying homage to her life-long partner. The sense of simplicity, patience, honesty and quiet competence that are the corner stones of all of Lin and Larry's books are never more apparent than in this wonderful new release of a sailing classic. It was an honor to read it in draft form.