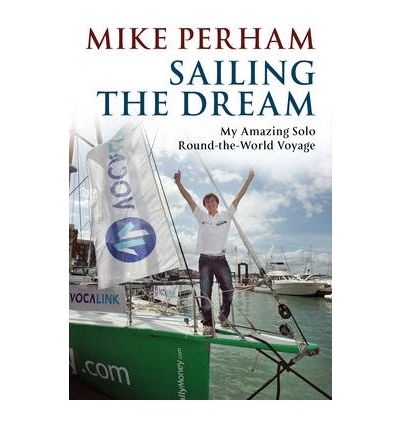 Robin Knox-Johnston said it could be suicidal. The head of the Royal Yachting Association told him not to go. Mike Perham ignored them and in August 2009, at the age of just 17 years, 5 months and 11 days, became the youngest person to have sailed solo around the world. "Sailing the Dream" tells the story of that amazing voyage, a 9-month odyssey full of technical and navigational challenges that would stump sailors twice Mike's age. His yacht TotallyMoney.com was knocked over, battered by the oceans and repeatedly damaged, but Mike battled on, at times surfing down 50-foot waves in 50-knot winds at speeds of up to 28 knots. Despite these conditions, sleep deprivation and extreme physical exhaustion, Mike's positive attitude continually shines through. Through all the adventures on the high seas, Mike also talks about the team behind his trips, both when sailing round the world and across the Atlantic at the age of 14, and the stresses and sacrifices involved for his family and friends. His is an inspirational as well as thrilling story, and one for all the ages.