Sabotage "The Mafia, Mao and the Death of the Queen Elizabeth" 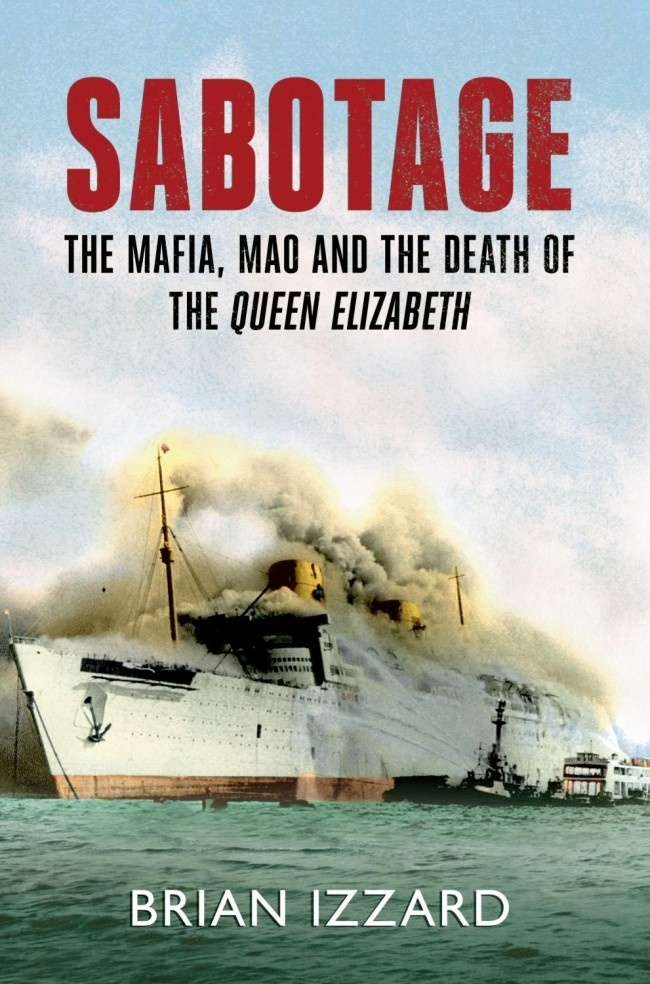 Sabotage "The Mafia, Mao and the Death of the Queen Elizabeth"

On 9 January 1972, the mighty Queen Elizabeth, then the largest liner in the world, caught fire in Hong Kong harbour. Watched by millions around the world, she burned live on television, including on Britain's children's programme Blue Peter. Since her retirement in 1968, she had been a tourist attraction in Florida, before her owners went bankrupt and she was sold to become the floating Seawise University. Days before an extensive refit was due to be completed, fires broke out simultaneously in different parts of the ship and she was consumed by the flames. Her Florida owners had had connections with the Mafia and the notorious union leader Jimmy Hoffa; her new owner was a Chinese tycoon with strong links to Nationalist Taiwan, while the workers aboard her had Communist leanings. She had lurched from disaster to disaster, and her final days were marred by political intrigue, arson and even use in a James Bond film.