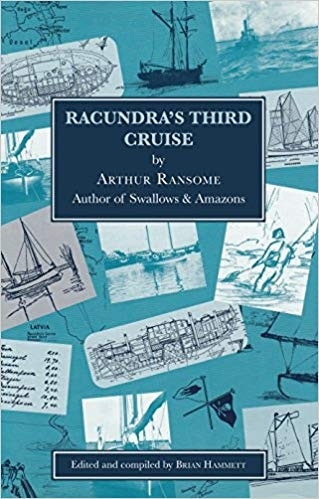 Most people know of Arthur Ransome, the author of the classic children's sailing tale, Swallows & Amazons, and many other books in the same series. But besides his exciting tales of children on the water there is much more to the man. Before he wrote Swallows & Amazons, Ransome was a journalist for the Daily News, based in Russia. He is reputed to have played chess against Lenin and he married Trotsky's secretary. He cruised extensively in the Baltic in the 1920s on board his beloved Racundra. His account of his first cruise on that boat was his first commercially successful book, Racundra's First Cruise (also available from Fernhurst Books). The second cruise was spoilt by bad weather, but the third cruise was different - it was his honeymoon having married Evgenia Shelepina. Ransome clearly intended to publish the account of this cruise, but never finished it. Ransome enthusiast, Brian Hammett, got hold of the unpublished manuscript and found Ransome's hand-written notes, diaries, logbooks and photographs in the Ransome archive at Leeds University. Brian compiled this book, adding his own notes from his cruises in the same area. The result is a glorious volume which has delighted Ransome enthusiasts, sailors and landlubbers equally. This new paperback edition and eBook will be published on 8th May - the very day that Ransome and Shelepina got married in 1924 before their honeymoon cruise which is recounted in this book.