Nemesis. The first iron warship and her world 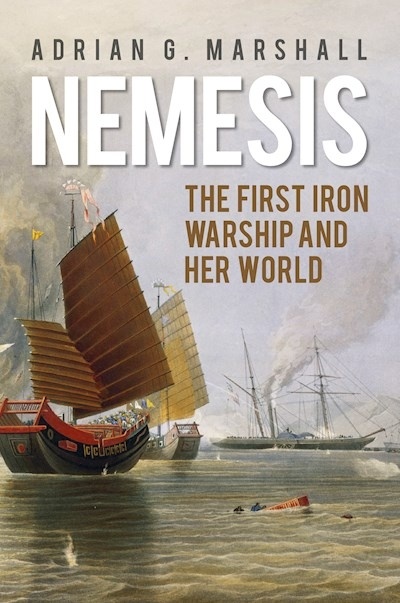 Nemesis. The first iron warship and her world

The Nemesis was the first of a generation of iron-clad, steam-powered naval vessels that established British dominance in Asian waters in the nineteenth century. The worlds first iron warship, the first vessel with truly watertight compartments, and the first iron vessel to round the Cape of Good Hope, Nemesis represented a staggering new level of military superiority over the oar-and-sail-powered forces of Britains Asian rivals. Yet strangely her story has never been told to modern audiences, and her origins and actions have until now been shrouded in mystery. This lively narrative places her in the historical context of the last years of the East India Company, and in the history of steam power and of iron ships. It tells of her exploits and in the first Opium War, in pirate suppression upriver and naval actions across Asia, from Bombay to Burma the Yangtze River and beyond.